A 3,000 mile row across the Atlantic to raise awareness of mental health, guided by C-MAP®

Southampton, UK – C-MAP, leader in digital marine cartography and cloud-based mapping is proud to announce its sponsorship of Monkey Fist Adventures’ "C-MAP Atlantic Dash”. On March 1st  Rachel Hearn, John Haskell and Billy Taylor will set off from Lanzarote in the Canary Islands in an attempt to row over 3,000 miles of open ocean to Antigua .

The challenge could take anything between 40 and 70 days and for the entire time that they are on the water they will be completely unsupported. All three rowers come from an emergency services background. Billy is an ex- firefighter, Rachel is a serving Paramedic and John was medically retired from the fire service with a PTSD diagnosis after a career spanning 28 years. All three of them have either suffered from mental health issues of their own or witnessed the effects that PTSD can have on their workmates, thus inspiring them to take on such a demanding challenge to raise awareness of mental health.

They will row in 2- hour shift patterns, meaning that they row for two hours then rest for 2 hours 24/7 for the entire journey, never sleeping for more than 90 minutes at a time and their entire world will be a 30 ft long by 6ft wide ocean rowing boat designed to be able to withstand everything that the Atlantic can throw at them.

“C-MAP charts have been guiding boaters across the Atlantic since 1985, and we are delighted to be partnering with Billy and the Monkey Fist crew as they set out to make the crossing in one of the most challenging ways possible, and all while raising vital awareness for mental health issues and the support available.” Tracy Cox, Head of Brand, C-MAP.

The boat is fully equipped with the latest Simrad® electronics and C-MAP® REVEAL™ Charting, which – along with the latest chart data and features – includes mind-blowing high-res Shaded Relief imagery, giving the crew a visual image of the sea floor beneath them. The team will also be using the C-MAP-powered Simrad® App, with a full set of offline charts. A perfect back up for any boater, but particularly when for this crew, who will be unsupported in the middle of the Atlantic Ocean. It will also allow the team to mirror their Chartplotter when they’re not directly in front of the screen, and sync data to it. 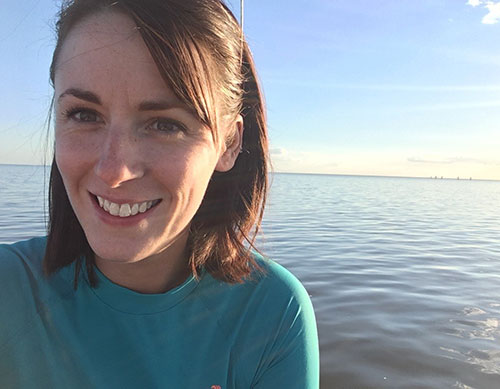 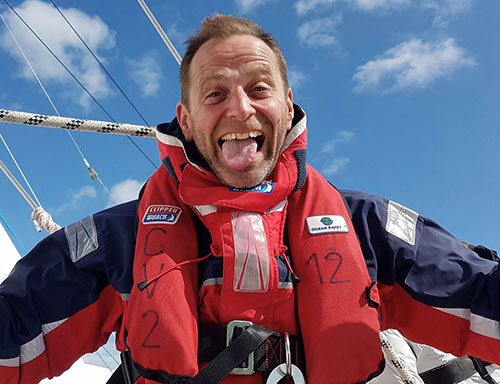 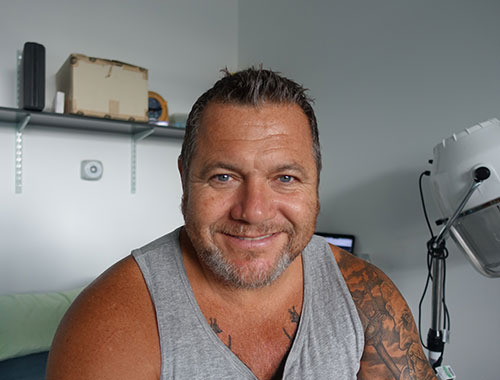 “The new C-MAP REVEAL Charts are a step above anything else that I have seen with the level of information they provide, and the new App means that we will have not only a back up navigation option should our power supply fail but we can also see what’s going on on the chartplotter from out on deck. Perfect for when you are rowing.”

“The Simrad kit that we have is essential for so many reasons. Communications through the VHF radio, avoiding potential collisions with other vessels with the AIS, GPS so that we always know where we are and to feed information to the autohelm, on deck displays to relay all this info to the rowers in real time... the list goes on and on!”

“Being in the middle of the Atlantic in a 30ft rowing boat definitely has the potential to feel like a very lonely and exposed place. The kit we have on board gives us peace of mind that all the behind-the-scenes stuff is taken care of, allowing us to concentrate on the job of rowing and enjoying the experience.

“Working alongside C-MAP, they are as passionate about raising mental health awareness as they are about charts. Working with a company that support you more than they ask things of you is a company that you dream of as a title sponsor, and we are looking forward to sharing this challenge with them and hopefully more in future!” Billy Taylor, Skipper and Founder, Monkey Fist Adventures.

The crew will also be assisting Plymouth Marine Laboratory with research into ocean plastics, the photographs that will be collected during the Ocean Row will assist in developing a new automated approach PML scientists are working on to gather statistics on the quantity and types of plastics that are floating in our oceans. “Using advanced Artificial Intelligence for image recognition we are working towards the development of a system to classify, outline and count the number of plastics floating in our oceans. If successful, the system could be installed with off-the-shelf consumer hardware on any boat inclined to assist in efforts to tackle plastics in our oceans. The resulting data would also be used to help development and validation of algorithms for detecting plastics using satellites to provide a global representation of floating plastics, thus providing a holistic understanding of the problem enabling us to come up with solutions. ” Lauren Biermann, Plymouth Marine Laboratory.